Most people wishing to reduce weight are jumping on the low-carbohydrate diet trend in an attempt to slim down. Nevertheless, as dieters go on shedding pounds, most of them are saying hello to bad breath or halitosis as they say goodbye to the carbs. Low-carb diets work by restraining the amounts of carbohydrates ingested, and thereon allowing the body to burn stored fats rather than carbohydrates. Unfortunately, when the body burns fat as fuel, chemicals referred to as ketones are produced. These chemicals are then released in urine and breath, and sometimes result in halitosis. Although ketones are the major culprits for bad breath, the kinds of food you ingest can also play a noteworthy role.

Here are some tips to correctly fight halitosis:

Some dentists in Perth recommend keeping a toothbrush handy so as to help brush the teeth after each meal. Flossing and brushing at least twice a day can help prevent bad odours and keep the mouth healthy. Recent research found that approximately 70% of people eat at their offices, yet unfortunately, less than 20% of them brush their teeth afterwards. Cleaning the tongue with a tongue scraper or toothbrush after meals is also helpful when it comes to doing away with bacteria that cause bad smells from the mouth.

A great way to get rid of bad odours after meals is to chew sugar free gum with xylitol. Saliva production significantly increases while chewing gum, which is a perfect way to neutralize acid production and rinse food particles from your mouth. You can also opt to chew parsley as it also increases saliva production in the mouth. Sugarless gum with xylitol is particularly helpful when it comes to preventing cavities, as research has shown that xylitol inhibits the growth of oral bacteria that cause tooth decay.

Drink Plenty of Water to Wash Away Bacteria

Drinking sufficient water during the day helps to dilute concentration of ketones that cause halitosis. Apart from this, it also cleanses teeth of excess food debris and bacteria. Note that bad breath can sometimes be caused by food particles caught in the teeth. Drinking enough water during the day will help rinse away odour-causing particles.

If the above listed tips aren’t helpful in your case, it is recommended that you visit a general doctor or dentist who can then help to determine the source of the bad odour. It should be noted that halitosis sometimes can have more serious causes. For instance, the term “ketone breath” is often used to describe the fruity smell on the breath of people who might be suffering from diabetes.

Ketones normally come about when the body break down fat particles because of a deficiency of glucose, or as is not gaining enough fuel for energy. However, most cases of bad breath originate from bacteria manifestation on the tongue and gums. The breakdown of certain food particles that produce sulphur compounds also can contribute to bad breath. 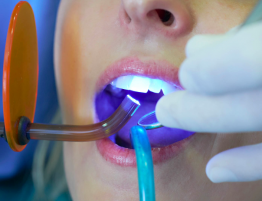 Teeth whitening has become a necessary step in every guy’s grooming process. Everywhere you look,… 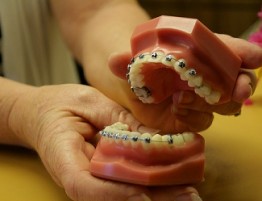 Getting your braces on and then having them come loose can be quite frustrating. What… 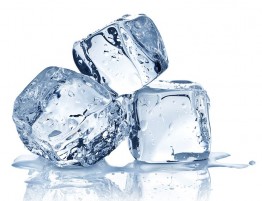 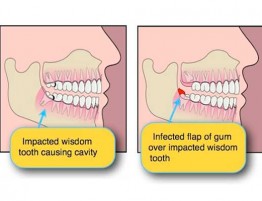 People worry about wisdom teeth. They have a bad reputation. This reputation is partially deserved,…